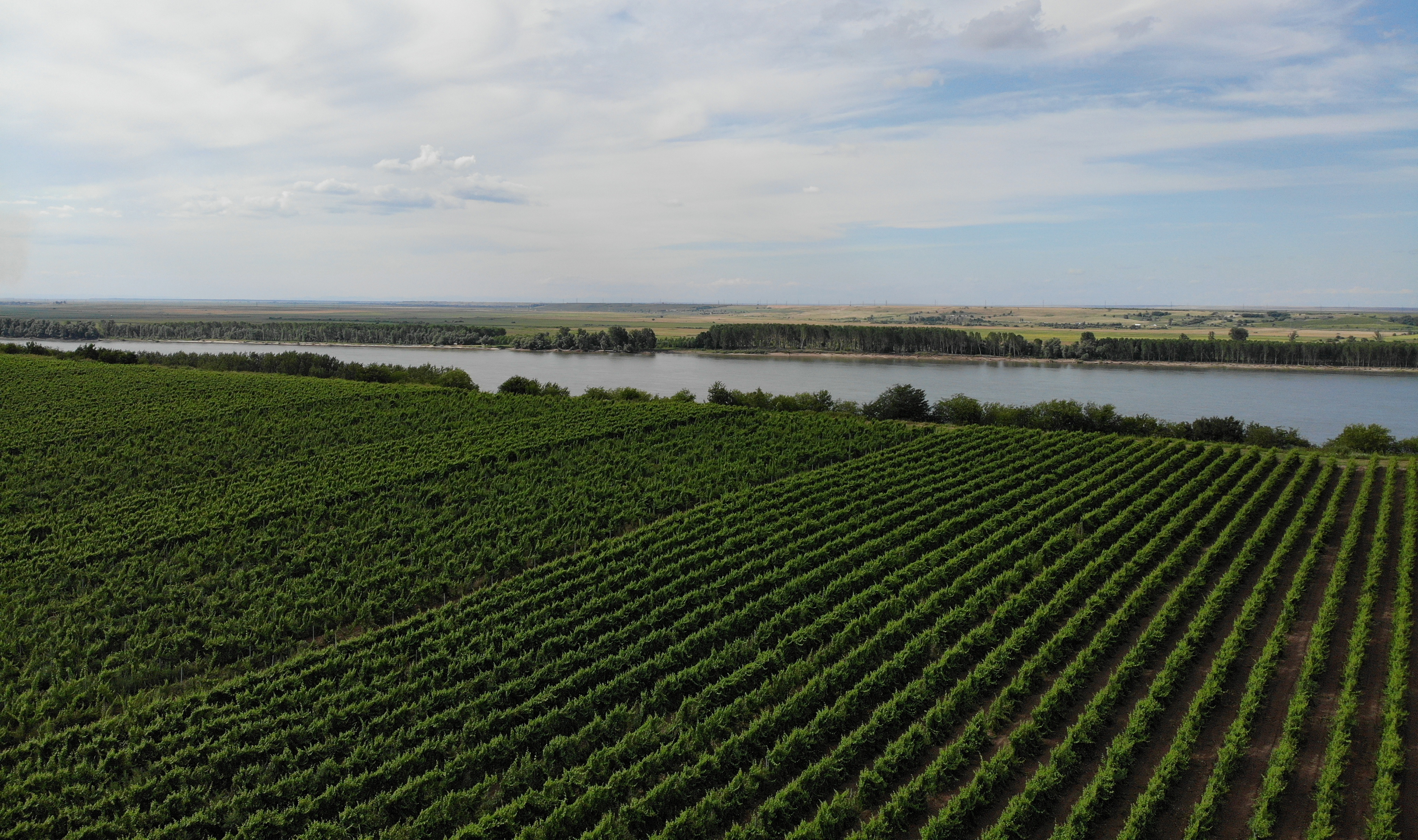 Danubian Plain is home to some of the most elegant expressions of Bulgarian winemaking, in part due to the region’s continental climate and high diurnal range, proximity to the river valley and varying vineyards’ altitude and soils.

One of just two designated PGI in Bulgaria permitted by the EU in 2007, Danubian plain covers a large part of northern Bulgaria. It is situated between the Danube River on the north, the foothills of the Balkan Mountains on the south, the Timok River on the west and the Black Sea on the east. The altitude for the most part of the plain is between 100 and 250m, reaching in some parts 300-400 m. The region covers 49 distinct micro-regions. Compared to other wine areas, it has remained relatively untouched by infrastructure and tourism, attributing to its preserved charm.

Climatic influence on the wines

Characterised by continental climate, the summers are hot with temperatures sometimes exceeding 35°C, creating drought challenges. Cold and frosty winters with temperatures often dropping below zero (down to -25°C) are common.

Precipitation is highest in the western and southern part of the plain (annually, 600-650mm). In the northern and eastern parts of the plain, the amount of rainfall decreases to 500-550mm, partly due to protection from the Carpathian and Balkan Mountains.

Two of the most distinctive large wine producing areas in the Danubian Plain are the northwest and the central north.

With about 4,000 hours of sunshine a year, the northwest is one of the warmest parts of the Danubian Plain albeit seeing the biggest seasonal variation. The river's breeze causes cold nights and high-temperature amplitude. Fog is also common. Most of the vineyards in the area are located at 0-150m above sea level.

Due to the climatic conditions, the region is apt for the production of ice wine from Muscat Ottonel, Traminer and Riesling. The north-western area surrounding Vidin and Novo Selo is considered the home (and to many locals, the birthplace) of the red grape variety Gamza.

Some of the most famous wineries in the northwest are Chateau Burgozone, Bononia Estate (see our range) and Borovitza Winery, located in close proximity to the natural phenomenon Belogradchik Rocks. Magura Winery produces some of the most exciting sparkling wines using methodo classico and aging the wines at constant temperature in the natural cave Magura. More recent projects like Tipchenitza Winery and Jolly Vintners are also increasingly gathering critical recognition.

The climate in the central north is more moderate in comparison to the north-east, with temperatures dropping closer to the Balkan Mountains. Most wineries are located at 100-400m altitude, on hilly terraced slopes with southern and south-eastern exposure.

The region is famous for the Insititute of Vituculture and Enology in Pleven, founded in 1902. The institute laid the foundation of the modern Bulgarian wine industry. Its establishment was prompted by the French consultant Pierre Viala, who visited the country after phylloxera wiped out many of the vines in late 19th century. The area is also home to the Bulgarian Museum of Wine, which preserves some of the oldest Bulgarian wine bottles, including a Vrachanski Misket from 1912.

Haralambievi Family and Vineyards is one of the newest and most exciting winemaking projects, born near Pleven. Other wineries of note include Yalovo, a small boutique cellar that sits at the foot of the Balkan Mountains in Veliko Tarnovo, Maryan near the town of Elena, Svishtov established over 70 years ago, Seven Generations and Levent in the region of Ruse.