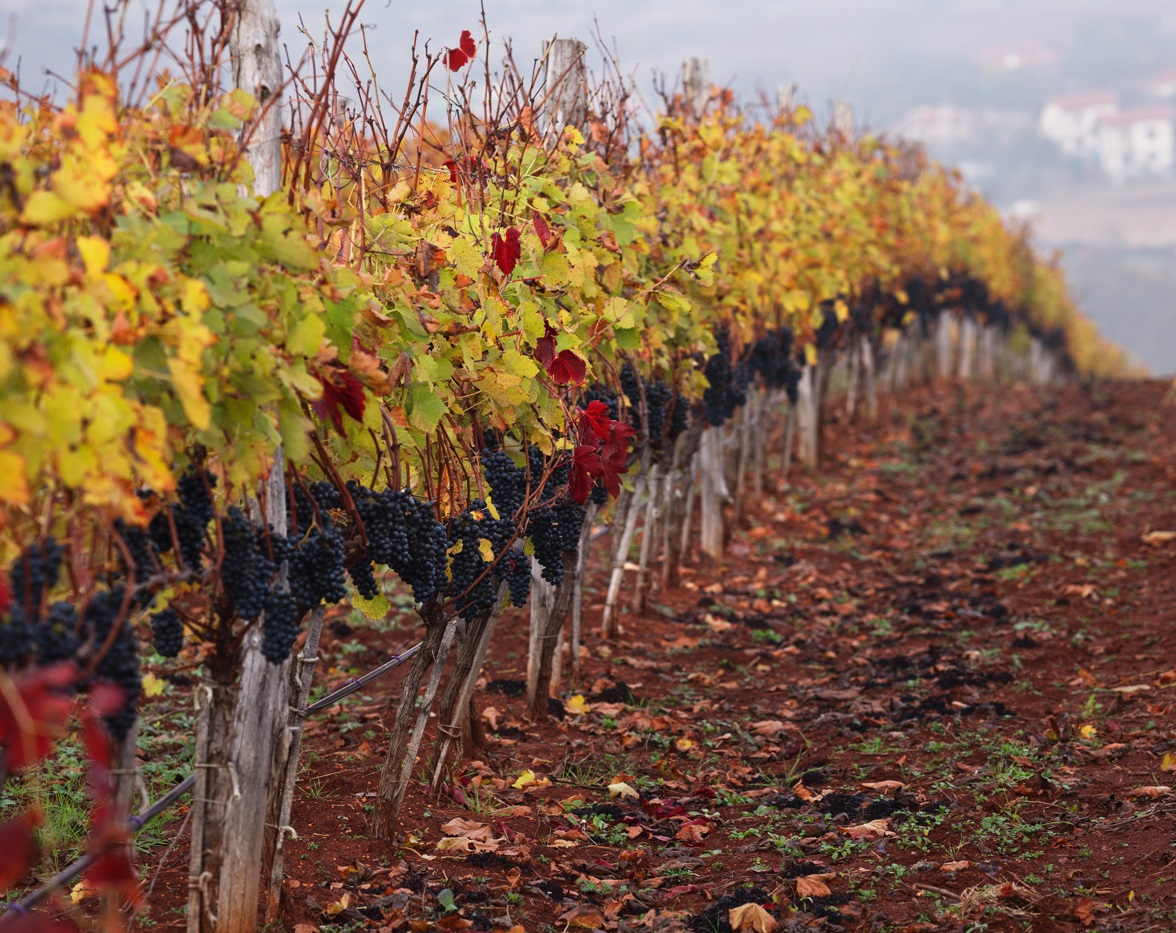 If there is one region that comes to mind when you hear Bulgarian wine, this is likely the Thracian Valley. The Thracian Valley PGI encompasses 75% of the Bulgarian vineyards, but it is not just its size that has led to its prominence.

From ancient Thrace to modernity

Bulgaria’s Thracian Valley is one of the oldest winemaking regions in the world. Archaeological evidence suggests that wine was made here 7,000 years ago by the Thracians who honoured the god of wine, Dionysus, and consumed wine undiluted, unlike the ancient Greeks.

Perhaps the most notable example of ancient Bulgarian wine culture is the Thracian treasure found near the town of Panagyurishte in the 1949, which dates to the late 4th century BC. The Gold Treasure, weighting over 6kg of pure 24 Karat Gold, consists of a set of four gold wine vessels used during festivities and libations. Already in 4th century BC, the Thracians had over ten completely differently sized and shaped wine objects.

Throughout history, wine has had huge impact on the formation of Bulgaria’s cultural identity. Still, much of the production has been limited to local consumption. This changed during the communist era in the 20th century, when wine production in the Thracian Valley increased dramatically. In the 1960s and 1970s, wine became synonymous with Bulgaria’s significance in the Eastern Bloc. Production proliferated for foreign exports – often beyond the bloc – and to supply the growing tourist industry. By the late 1980s, Bulgarian Cabernet Sauvignon was the top selling wine in the UK and Bulgaria had shifted some 4.5 million cases.

The fall of communism led to abandonment. Cooperatives were broken up and little was done to manage the transition. The vineyards were redistributed to their previous owners or their successors, but many of them had little or no interest in agriculture.

But it also paved the way for a new wave of winemaking, where quality rather than quantity would start to drive production. Some of the old vineyards planted during communism, now aged 50 or older, have since been recultivated. Many are homes to exceptional examples made from traditional grapes like Cabernet Sauvignon and indigenous varieties like Mavrud.

The untapped winemaking potential of Bulgaria’s Thracian Valley has lured foreign investors. Projects like Neragora Estate (founded by the Italian entrepreneur Massimo Azzolini) and Domaine Bessa Valley (founded by Count Stephan von Neipperg, owner of famous Bordeaux estates such Châteaux Canon La Gaffelière and La Mondotte) have quickly gained international traction. So what does the Thracian Valley have to offer?

The Thracian Valley borders Struma Valley on the west and the southern part of the Black Sea region on the east. With its moderate continental climate, the region accommodates a variety of styles. The climate and the soils provide the perfect environment for the production of age-worthy red wines, delivering richness and density. However, thanks to the diversity of the region, some producers deliver outstanding examples of elegant white wines, pét-nat and traditional method sparkling wine.

Today, there are over 80 wineries and independent winemaking projects in the Thracian Valley. These include large estates like Domaine Boyar, which was the first private winemaking company after the changes in Bulgaria in 1989, and Domaine Menada, which is one of the country’s oldest wine cellars, established in 1901 under the name Loza Cooperative. There are boutique wineries like Dragomir Winery Estate, which produces wines from local grape varieties such as Dimyat, Mavrud and Rubin, and Midalidare Estate – one of the most exciting producers of Bulgarian sparkling wine using the traditional method. Other wineries include Rumelia Wine Cellar, the family-run Bratanov Winery, Korten Winery and Yamantievs Winery, as well as new wave winemaking projects like Georgiev & Milkov, which experiment with grape varieties and styles.

Browse our full selection of Thracian Valley wines in our online shop.